When ambling around the North American food hall ‘air’ that Kirkstall has these days, it’s not hard to see where the inspiration for this has come from, after all retail is rife with ideas being lifted and modified – look at the latest Asda Price Guarantee vs. Tesco Price Check that’s dominated the press recently.

Morrisons are no different and I noted that the question was put to Dalton last week whilst he guest edited the Grocer magazine regarding Loblaw and the similarities between their Produce offer and Kirkstall. He replied with ‘retail is a global village’ so there are influences from all over the world, it’s interesting that the American food merchandising company Montana Vistas have also been consulting on the store and the ever changing layout.

It’s with that in mind that the Northampton correspondent (via Dynalab_Mike on Flickr) alerted me to a collection of pictures that are available online of various retailers – of particular interest is this one from Loblaw, Canada. 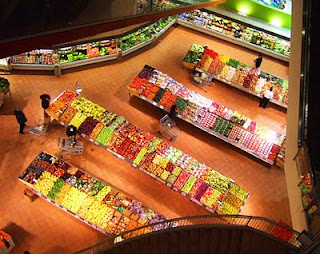 Above is the Loblaw produce department and below is Morrisons Kirkstall, as you can see – great parallels between the two with the provenance on loose Produce and similar pricing labels. 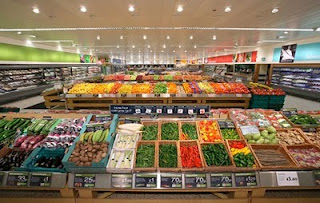 To further show the similarities between Loblaw and Morrisons Kirkstall, here are a couple of other pictures (via Flickr, thank you to all the users who may see their picture here.) 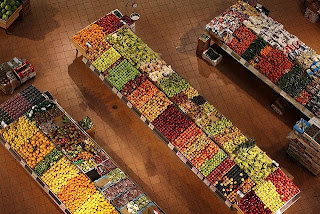 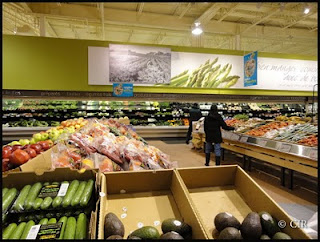 It looks increasingly likely that Allan Leighton was responsible for Dalton’s move to Morrisons via a recommendation to Sir Ken, Philips was Chief Operating officer for Loblaw so having been a store manager and effectively working his way up the ranks he has a great appreciation for the role and the ‘nuts and bolts’ of what makes a store work and is likely to find huge favour with ‘retailer’ Ken Morrison. Indeed Sir Ken’s critique of Bolland after he defected to M+S was that ‘he patently wasn’t a retailer’ and Philips was ‘a good appointment’.

In terms of ideas from the ‘global village’ Dalton has been busy trialling the various ideas that he’s picked up from other retailers. Wal*Mart Germany will have provided some excellent insight and ideas from the world’s largest retailer. Loblaw is particularly of interest as it’s different from Morrisons as the company had some struggles and was on a turnaround project, Dalton has joined Morrisons after a strong period of growth for the company including record profits but there are definite ‘fits’ around what both companies were doing:

Dalton Philips did a presentation in 2008 around the improvements that have been made – look how similar these are to the current Morrisons targets. 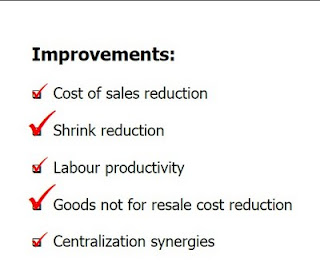 Goods not for resale is something that was targeted a while ago and his ‘taskforce’ have been busy stripping away at cost. The shrinkage issue hasn’t really been discussed (shrink is theft, damages not recorded, missing deliveries etc) but without a centralised inventory system that tracks sales on a daily basis it’s difficult to narrow down root causes until this in place. Perhaps something that we may well see when the Oracle system is rolled out.

The rest on his Loblaw to do list are things that do marry up with his task list at Morrisons bar the centralization synergies which were realised when Hilmore House opened in 2003 and Safeway were swallowed up in 2005.

It is perhaps testament to Dalton’s ability that after a 6 month period of induction he’s identified 28 ‘areas of improvement’ for efficiency and productivity for trial in the York store which should help to drive cost savings of £100m over 3 years.

With a commitment not to stand still in areas of convenience, online and perhaps surprisingly in the arena of fresh where Morrisons are particularly strong, there have been trials underway at Kirkstall on Market Street departments showing encouraging lfl increases.

It’s clear that the Kirkstall lab idea came from Loblaw – certainly Produce is particularly striking as a carbon copy almost, what else is similar?

Although Loblaw struggled with availability, it improved massively with Philips’ availability plans that include ‘respecting the planogram’, leaving gaps (or holes) and ‘bedding down’ rather than facing up to give the impression of ‘fullness’ is something that is to be rolled out to all Morrisons stores by May.

Facing up (tidying shelves) will also be abandoned, as Dalton commented (in ’08 for Loblaw) ‘we have stopped facing up as a practice due to a lack of productivity for the exercise.’

Despite this being launched in May, some stores have started leaving gaps and bedding down already. Staff are pleased with the change calling it ‘common sense’ and stating they feel orders will be far easier to complete with a more accurate picture on the shelf. 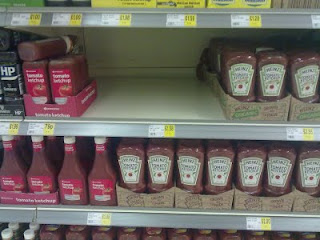 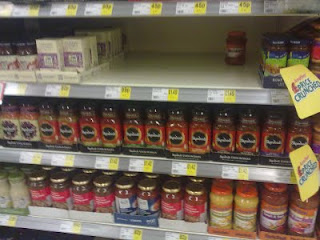 Bedding down is designed so that products are filled from the back of the shelf, so if a shelf can hold 4 cases but there are only 2 in stock – rather than put those cases on top of each other (to give the impression of it being full) they are replenished on one level. This gives the person doing the ordering a far better insight into what is actually needed thus increasing productivity. 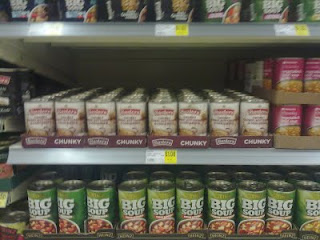 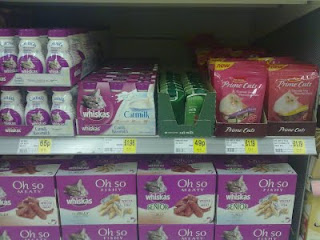 Loblaw were struggling with availability which prompted Dalton (as chief operating officer) to launch their ‘always available’ project in 2006 which included leaving ‘holes’ and not dressing forward or facing up and ‘tags’ in front of out of stocks indicating why the product was unavailable. This led to a significant increase in availability and it’s interesting that it’s made its way to Morrisons as a productivity driver rather than an availability driver.

Dalton also states that the store planogram is ‘respected’ and if there is an out of stock, something else isn’t put in its place. This is an issue that Morrisons struggle with, gap filling adds no productivity and is purely a cosmetic exercise to give the impression that a full shelf is more appealing. Whilst some stores are already leaving gaps, some even have the out of stock tags showing that a line is unavailable – others like the one below continue with gap filling. 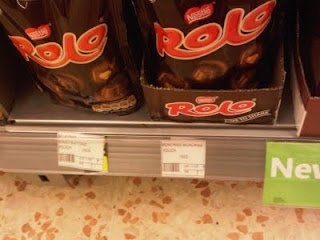 The lab trial stores are not alien to Loblaw either, Milton was a store that trialled the new availability process in 2007 before roll out and also tested new layouts, logo’s, shopability and signage so again it’s a soft launch in a store before national roll out. Similarly ‘liberate’ also took place in Milton with extra floor space being found for the clothing label ‘Joe’ as they seek to grow it by 10%, interestingly they did also do a pop up shop for ‘Joe’ and this is something that Morrisons may consider ahead of the .com launch.

Loblaw’s experience with branding also offer insight as they operate a great number of brands – the value tier being the excellent ‘no name’ and the ‘Presidents Choice’ branding for the premium offering tie in nicely against Morrisons who perhaps have a weaker own brand proposition than the other big three.

Dalton can use knowledge gained at Loblaw about driving brands through the business to move up the ‘gears’ at Morrisons, especially with Richard Hodgson and Belinda Youngs on board ahead of a possible relaunch in Q3.

Loblaw also have the same antiquated systems like Morrisons with efficiency lagging behind the competition, ahead of Oracle being rolled out there have been some subtle changes in store – HHT’s being used for SMS counts for example and it looks plausible that the HHT will also be used for Grocery ordering considering the gapscan is now in force.

York currently benefit from HHT’s being used for the advertising and SEL ordering (not yet rolled out nationally) which again saves time and pushes Morrisons ever closer to the £100m savings targeted over 3 years.

It’s clear that the relationship between Loblaw and Morrisons is closer than some may first imagine and that Dalton has faced a few of these challenges already albeit in more pressurised circumstances in a retailer being turned around, no such problem at Morrisons with their sales growth and record profits.

I note that within Canada there was some criticism of the empty desks seen at Loblaw head office when analysts visited in 2007, the criticism was brushed aside saying that there was a growing talent pool. No such problem at Hilmore House as plans have been submitted for Morrisons to add another ‘deck’ for car parking purposes due to the ongoing growth of the company (and additions to the online and convenience team no doubt!)