Dalton’s Produce trial that was reported in Retail Week (early Nov) and Eurofruit (Jan) where vegetables are displayed on ice, more loose produce and rather than barrows, the trial has product on flatter market style tables.

This trial (permanent in the Kirkstall store) was rolled out in October whilst the preparatory building work was being undertaken for further changes which are now live on ‘Market Street’, the problem is it leaves the Grocery side of the operation looking like the store time forgot.

It was somewhat of a challenge to get photographs with several head office personnel, a film crew and management all walking the shop floor, it’s gained a lot of interest within the company and I gather Dalton Philips is in store most days checking on progress.

It’s worth pointing out that the blog doesn’t follow the order of the market street – butchery is still the last point you reach and the fishmonger the first.
The main changes are a new signage style for the Market Street departments that has been developed for the trial. 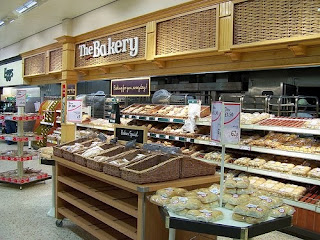 To compare the older artisan ‘Bakery’ sign with the wicker basket style backing, this has changed to a light Brown sign with a black + white photograph at the end stating ‘freshly baked for you!’ This pattern is repeated across the store with most of the in-store signage featuring black + white photographs with personal messages below. Indeed the ‘bakery’ sign itself is a softer font than its predecessor. 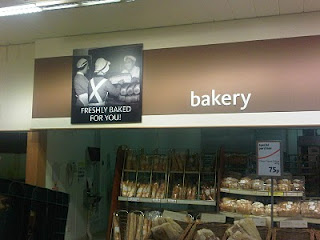 Pizza, Pasta and Antipasti also gain a sign with white lettering on a red background rather than the previous functional ‘Pizza’ in green lettering on a beige background. Coupled with this are a few new products and subtle changes, the in-store pizzas are now available on an Italian ‘Pizza Express’ style base and next door is a new ‘Olive Bar’ concept – an historic departure for a company accused of alienating the south with their pie counters and 8 flower buckets for 99p.

The other market street departments also lose their slightly revamped Bolland era signage and see the new style rolled out across Market Street. 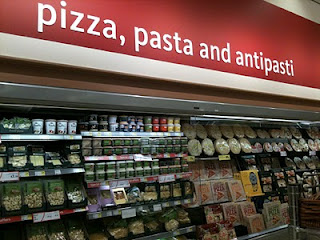 The fish counter is modelled slightly differently, there is no longer the full ice bed counter with the fish arranged like a market stall, instead half of the counter is taken up by fillet cuts of Salmon, Whiting and Haddock arranged neatly in metal trays for uniformity. 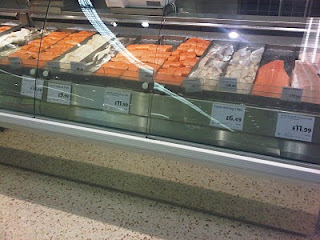 I can presume that this may be a two pronged focus, firstly minimizing the time to set up the counter for trade and secondly hopefully pushing customers towards the tastier but price premium fillets. Kirkstall is a relatively affluent area with a large student population with disposable income which is the thinking behind the trial being at this store.

The Butcher features a much larger counter and this was evidenced last year when the Produce trial was rolled out, this time there is more new signage with photographs of Butchers wielding cleavers and the signage reading ‘only the best Butchers in Yorkshire may pass’.

An indication of the butchers skill is the introduction of handmade sausages, made on the day with a number of different flavours available. The Butcher told me it took around 2 hours per day to produce and sales on a weekend were extremely high, it’s yet another point of difference for Morrisons. 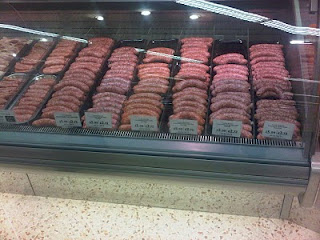 The Delicatessen and chicken counters are featured in a food hall style with pre packed block cheese in low rise fridges in the middle, there is the introduction of a ‘cheesemonger’ in the middle of the deli and Indian ready meals, the signage is accompanied by a photograph of two people smiling with ‘say cheese!’ as a caption.

There is a focus on advertising on the big A1 posters behind the counters with various adverts and information about cheese and other deli products.

The Oven Fresh counter also sees a signage makeover and also an operational one, we know Dalton has been looking at efficiency in the York store with counter colleagues starting 30 minutes before store opening and preparing things in order of sale rather than starting 2 hours before opening and having everything on for opening.

Kirkstall look to be working on a different method as all the pies and chicken are already bagged and priced ready to go – above the counter are two signs, one asking who baked all the pies? Answer is ‘we did, in store every day’. 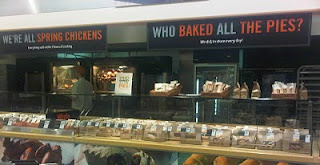 Interestingly the other states that ‘we’re all spring chickens’ and that there is a 2 hour freshness guarantee, in other words its baked and sold within 2 hours. What effect that has on wastage is interesting, I would imagine little and often is the method to maintain availability but control waste,this requires more time than just running a batch of chickens through and putting them on display as packing and pricing needs to be done.

Perhaps the most seismic change is the Fresh to go offer, as you enter the store on the left was previously a lot of foyer space and the kiosk, that has all been removed and there now resides a ‘create your own sub’ counter, an island with a salad bar but luxury salad items like Mozzarella and tomato, cous cous and the like and freshly squeezed Orange Juice done before your very eyes.

The colleague was telling me it took 8 oranges to make a cup, priced at a £1 it seems remarkably good value, along with that is a coffee machine to make your own Coffee / Tea.

They don’t just sell any Coffee; there are several variants and the interestingly named ‘Gunpowder tea’ – worth a try surely? You can still get your sandwiches and other staples but there is a lot more attention to the new products, the cafe also remains in place.

The flowers (an important point in any Morrisons store) now have their own self contained shop, very much like an Interflora with differently priced bouquets, offering far more choice than your usual floral offer in Morrisons. 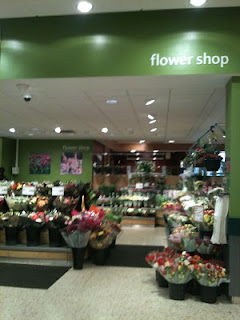 Whilst Morrisons stores do retain a colleague to look after the floral area, a member of staff is needed permanently in the ‘shop’ to assist and operate the till which adds further cost to the labour budget.

The store looks far more ‘European’ with bright signage and a focus on more of a food hall experience, this is of little surprise considering Mr Philips’ career has seen him globetrotting for the last 20 years. I guess the major question will be around the likelihood of these concepts arriving in their local Morrisons anytime soon. 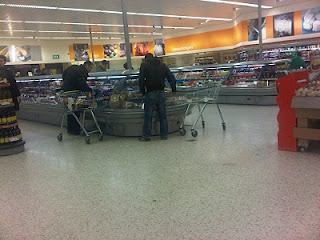 That’s the conundrum that Morrisons face, whether they will launch certain aspects into stores – like handmade sausages and the leaner style of operating the Oven Fresh counters with 2 hour selling times remains to be seen.

Some of these methods require substantial labour support with Produce requiring around 4 members of staff more per week to cope with the decanting of loose items onto ice, replenishment taking longer due to product being in the backup areas rather than under displays for example.

Handmade sausages take 2 hours in a morning so extra support would be required, it’s a delicate balancing act against driving sales and the subsequent profitability against the spend on wages to support.

The Grocery side of the operation now looks dated with the yellow and green signage brought in by Marc Bolland remaining, there are plans to relaunch Private Label this year due to the poor share (45% OL vs. 55% branded products in Morrisons, the rivals operate a 55% vs. 45% share).

I heard a rumour this week that the review may see ‘the best’ label dropped with the thinking that all Morrisons food should be ‘the best’. Whether their premium range would relaunch under a different moniker remains to be seen.

Any change in Private Label would probably see Kirkstall showcasing it first as the difference will be marked considering it already has the Fresh thinking concept in stores.

To highlight how much of a total departure this is from any previously conceived ideas about Morrisons and them being an old fashioned northern based company – a Sushi Bar is to arrive shortly. 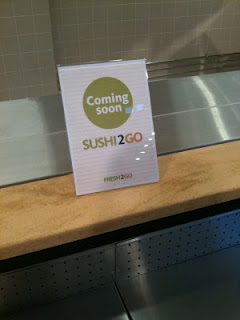 I’ll follow up this blog with some more pictures over the weekend.